The Roma tomatoes have done really well. They grew quickly and ripened quickly, each bunch weighing over a kilo. Even though it’s 40 degrees here now, we still have some flowering although it’s probably too hot for them to pollinate now. Last week I picked 7 kgs of various tomatoes. As well as using them in sauces or cooking them for breakfast, I’ve made ketchup and canned several jars ( with my new pressure canner that my friend Karen got for me in the US) 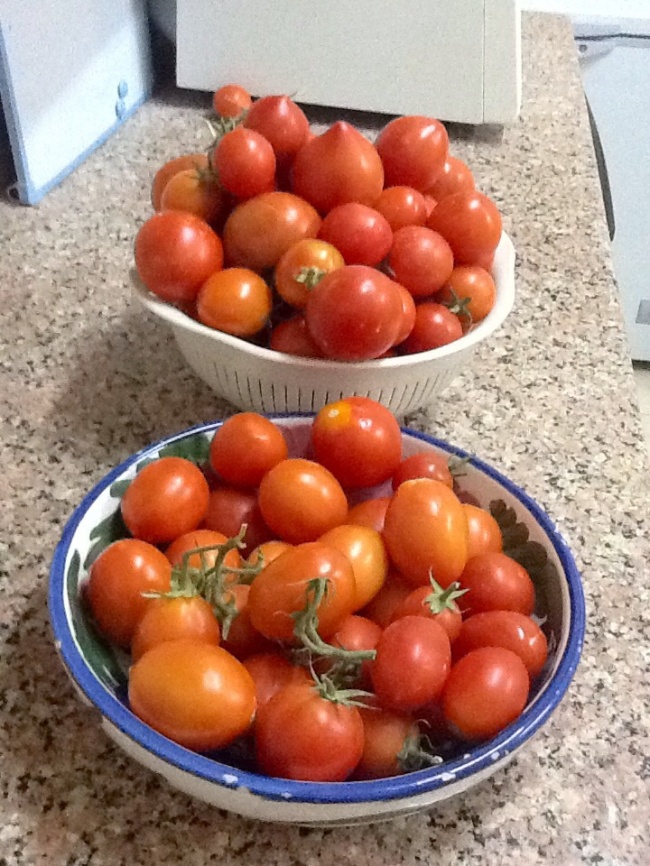 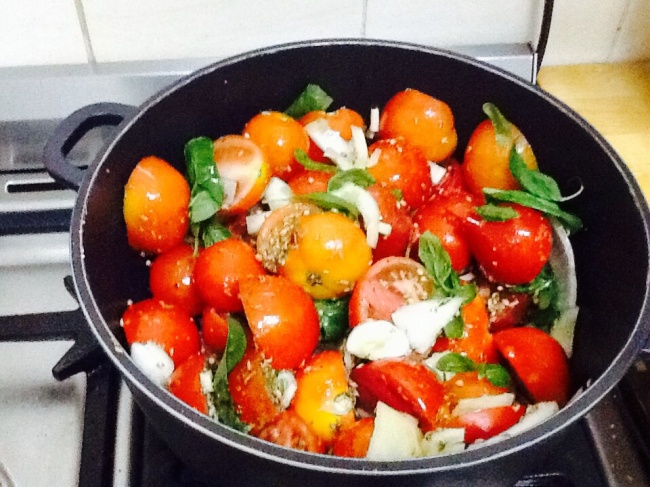 The raw ingredients for my ketchup in a big saucepan. I didn’t have any fennel bulbs so used fennel seed, tasted fine. 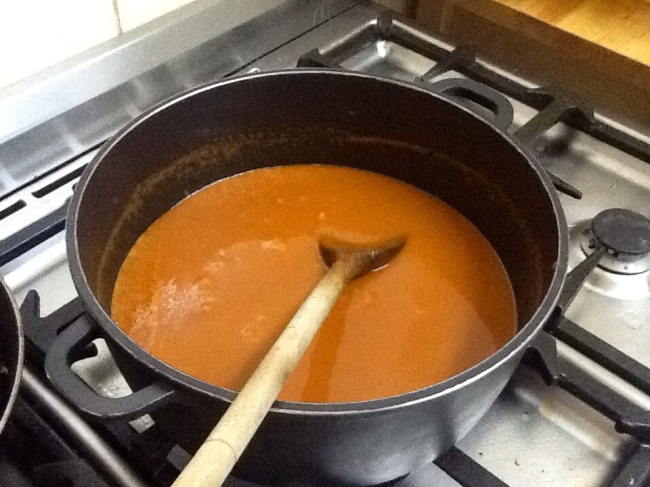 Tomato ketchup reducing. I’d used 2kgs of Roma tomatoes plus at least a couple of Kgs of other veg, and ended up with just 750mls of sauce. It took about 3 hours to reduce after sieving, but was definitely worth the effort. All natural ingredients, no preservatives and I used agave nectar instead of sugar. Tom loved it so much he’s eaten half of it already!