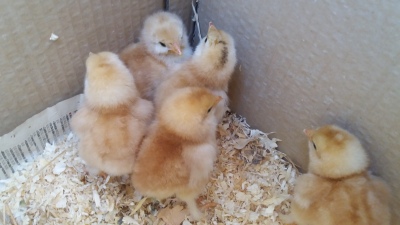 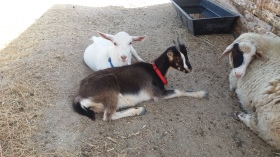 It’s been over a year since I last updated this blog, where does the time go? So much has happened in that time so I’ll attempt a recap before posting individual items or recipes – and a resolution to update the blog at least once per month.

So I moved here full time last November, after commuting between Portugal and Abu Dhabi for almost a year, which was exhausting, and got stuck in to improving the land and continuing the renovations. We went from living in one room, without running water or electricity, when I arrived, to having a full solar electricity system set up in December and plumbing to (what would become) the kitchen and bathroom in January. By February we had the bones of a house, even if the kitchen floor was still mud!

We lime mortared and lime-washed the kitchen walls, laid a kitchen floor and installed a granite kitchen in the summer – in 40 degree heat, just in time to host our daughter’s wedding in September. Built a bathroom, although that’s still a long way from being finished, however, the house is now cosy and comfortable so we can make improvements as time and money allow.

The land is improving in leaps and bounds as it hadn’t been ploughed now for 2 years and we’ve had our animals grazing and fertilising it. The difference in 2 years is just amazing. We’ve rotated the sheep and goats around the land and we bought 4 pigs in March to root out the brambles and add more manure, more on those later. The olives, figs and oranges have been great this year, and the land is 80% grass now – it was 80% weeds/wild flowers 2 years ago.

We are currently digging berms and swales on the driest hills to plant an orchard/food forest and a woodland.

The vegetable garden got off to a bad start early in the year, it was cold and rained continuously until Mid May and the seedlings I’d started off in trays/pots barely grew. I planted everything out end of May and it became intensely hot very quickly. I planted pumpkins, melons, butternut squash and spaghetti squash. Got one musk melon, one watermelon and one spaghetti squash – it was just too hot for them to be pollinated. However, the aubergines, tomatoes, peppers and chillies did exceptionally well. We’d made a hugelkulture bed the previous Autumn and planted it up with in May. It was the bed that we watered least but it produced the most. We were still picking peppers and aubergines in November! And of course, we were inundated with courgettes.

We planted tobacco, and it did really well, easy to germinate and grow, and more or less left to get on with it with minimal care – and then Tom gave up smoking in September juse as it was ripening, so now we have no need for it 😏 I’ll use it as a mulch/insecticide instead!

We gave the goats away in 2015 as they were a nightmare to keep. They ate everything in the vegetable garden, destroyed trees and were impossible to contain. The last straw was when they got into our neighbours farm and ate his newly planted fruit trees! However they went to a good home and they are doing very well. Our ewe gave birth to twin lambs but only one of them survived and now is a fully grown ewe expecting her first lamb(s) in February. We had another lamb born in February, who is also now a fully grown ram who we’ll keep for breeding. We got 2 goats from a friend,who are lovely and well behaved ( in comparison to the first lot), and we are hoping that the female is one pregnant.

Our Muscovy ducks have been prolific breeders this year, we had 40 ducklings survive from 4 hatches. We’ve given some to friends and neighbours, dispatched some with about 20 more destined for the freezer, and one of the females is already sitting again! We have a breeding pair of geese, who we hope will start breeding soon! We’ve grown from 6 hens and a cockerel last year, to 9 hens, a new cockerel and 10 chicks now.

We bought 4 pigs in March, they were tiny, although 3 months old when we got them. I thought they were Kune Kune pigs, but now I think they were micropigs gone wrong. We slaughtered them at 6 months and the biggest was only 30kgs, compared to 100 kgs for our Gloucestershire old spots in the uk. On the plus side, we were able to put a whole pig in the freezer and then in the oven for a hog roast for the wedding. We now have 2 ‘proper’ pigs, the Portuguese Bisaro breed, which look remarkably like Gloucestershire Old Spots!

We made our own wine, jeropiga and aguadente (local firewater) and lots of different liqueurs, foraged and preserved….getting closer to our goal of being (almost) self-sufficient.